Today, my co-workers and I, from three separate offices, had an exhaustive debate over a critical matter. Then I dragged some friends into the discussion. All across the internet, associates and acquaintances both personal and professional asked that most vital question: 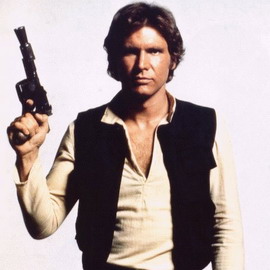 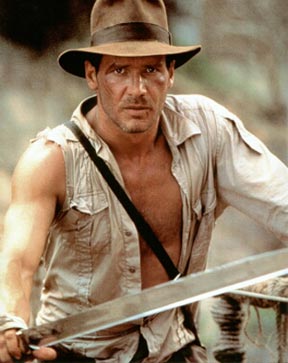 Don’t give me any of this, ‘they’re the same guy’ bullshit!

Han Solo has the more stroke-able hair, and much more of a bad boy appeal.  He hangs out in the gnarliest dive bars in the galaxy.   Han clearly has the sexiest ride ever, the Millennium Falcon.

Han Solo stuck it to the Evil Empire, and I don’t mean Starschmucks. Indiana Jones opened up a can of whoop ark on some Nazis.

Indy’s daddy is pretty smokin’, but Han’s best friend is a Wookiee.

It’s nearly impossible for me to choose.

Care to weigh in?

What do you want to know? I'm a California native, and right now, I live 6 miles from where I was born. I'm single. I'm a feminist. View all posts by peggyluwho

2 thoughts on “Corporate Debate Rages On”