I hope you found this helpful.  Good luck getting through the holidays.

Let’s start at the ending, or the new beginning as it were.  It’s a new year, and yes, I’m single.   Still.   (I hate the word ‘still’.)    No one even attempted to kiss me at midnight.   I blame a horrific breakout and an unfortunate lei for that.

Anyway, I spent the evening at Slim’s seeing The Slackers, The Impalers, and The Struts.   And really, what better way to ring in a new year than with some favorite bands and favorite friends, like Clam, who showed up as unannounced as always. 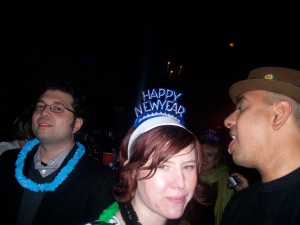 I am very thankful that 2008 is behind me, and I know there’s not truly much difference between a couple of days ago and today, yet it feels like a huge page in the book has been turned, and I’m very much looking forward to the next chapter of life.

So far, 2009 is starting with the band still looking for a singer, but still charging onward.  I’ve joined a soccer team, and games start next week.   I’m still at the same job I’ve been at since June, and I love it.   And the biggest shock of all, I’m still in the same apartment.  It’s been well over a year, and I am showing no signs of moving.  Whew!

Now, moving backwards, a few days before Xmas, I was extended an invitation from my Aunties and cousins to join them in Las Vegas for the holiday.   I decided this was the perfect opportunity for one last road trip for 2008.   I sort of got so excited that I forgot about one thing – mountains.  There are mountains between here and there, and where there are mountains, in the winter, there’s bound to be snow. 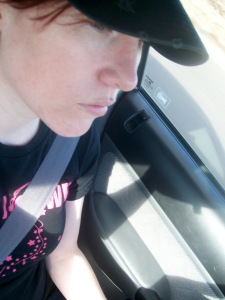 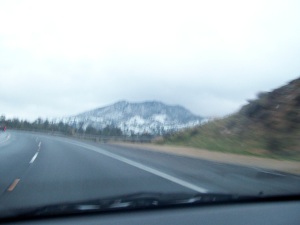 So I learned really quickly how to drive in the snow, and eventually arrived safe and sound in The City of Sin.  It wasn’t a very sinful trip, considering how I was with the fam, but I liked it just fine.  I walked just about everywhere and drank too much.  In fact, I was so parched by the time I left that I decided to give up drinking when I got back for at least a bit.   I only had a small amount of champers at midnight on NYE.

The highlight of Vegas for me was sitting in the dueling piano bar in the Paris hotel.   If you’re in town, looking for a break from the gambling and the bustle, I say it’s a great way to spend an evening.

But, of course, it’s not Xmas without the Strange Manor gang, and I spent the evening with them before heading out of town.   They had their usual party with gift exchange, good company, food, and drinks. 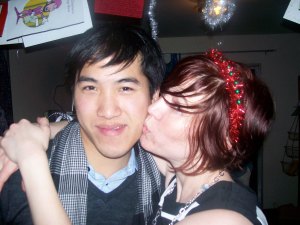 And of course, there were a pair of ska and reggae shows the weekend before the holiday, The Aggrolites with The Impalers and Hepcat with The Soul Captives.

Overall, it was a brilliant Holiday season, and I’m mostly pleased with it, but I am equally pleased that it’s over.   I’m ready for brand new Crazy Single Girl Adventures! 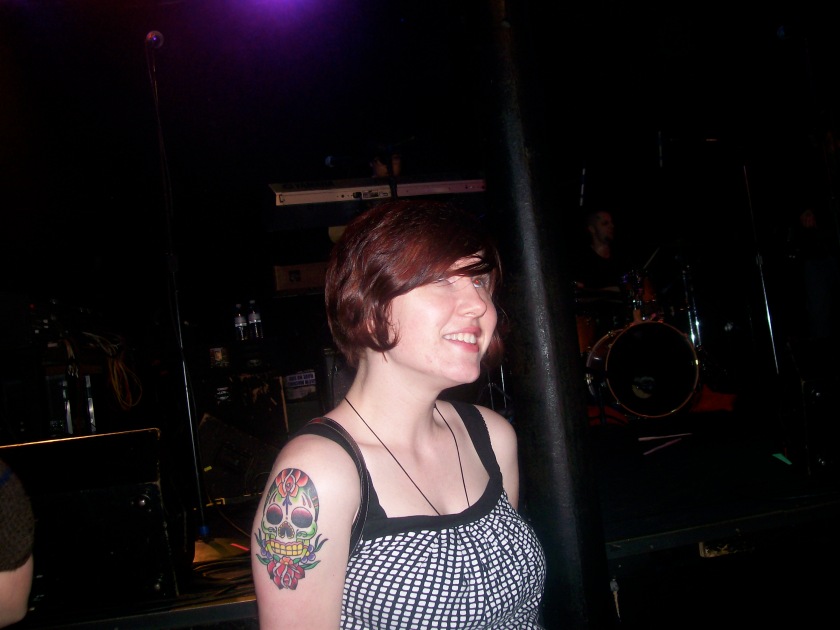 I’m at the folks’ place in Washington for the holidays. I’m working the system pretty well, I think. The boss said, “go ahead and work from home the week following Christmas,” so I’m working from Mom’s home. I got in yesterday. I had to work the after school job through Monday.

Right after we got back from the airport, it started to rain/snow. It was all slushy, and nothing was sticking because of the rain in the mix. On the news last night, they were reporting from a hill in Seattle, where it had actually started sticking. They were saying it was the first white Christmas in Seattle for over a decade, and they showed a little girl building a snowman. It was my first ever white Christmas. It only took 30 years.

Just about 20 minutes ago, it started really snowing, though. I’m sitting here right now watching it fall out the front window. It’s collecting on the trees, the lawn, and the road. I’m glad I don’t have to go anywhere. I did go out and catch a few flakes on my tongue, but that was good enough for me. I’m over it. 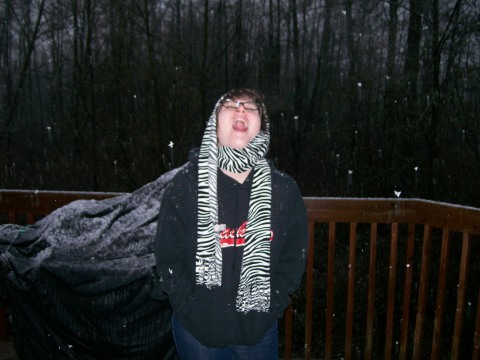 Sitting here is like the opposite of being in a snow globe.

I have been going non-stop since Friday afternoon.   Once I get to my parents’ house on Tuesday, I’m sure I’ll have to devote to writing some blogs, and giving the run down on all I’ve seen and done.

Tomorrow night – the Strange Manor Christmas party.  An annual tradition.   My favorite party of the whole year.  I can’t wait!