And all that without a single freaky dream.    It’s insane.   I wonder if I can stay up for Jeopardy tonight?

Last night around 7:30, the power went out at The Rock.   I was in the middle of watching last week’s Project Runway episode that I missed.   (That’s a story in and of itself.)   Then all of sudden, everything went out with a flicker.   A moment later, the power came back, and I thought I was back to my SJP enhanced life.   But nnnooooo, it went right back out.   And it stayed out.   FOR THREE HOURS!

Pretty much everything I own needs to be plugged into a functional outlet in order to be entertaining.  The exception is my large collection of books.  (Still in boxes, thank you very much.)   Seriously, though, I don’t know how people managed to read by candlelight.   There was no way.  Of course, the candles I have are much more about wafting froo-froo scents than they are about casting a decent light.

So, I called my mom.  She rattled off a list of possibly entertaining activities for a dark evening.   Make cocoa – I don’t have any cocoa.   Make tea – all my tea is caffeinated, and I didn’t want to be up all night.   Unpack the books – I said entertaining.   Listen to the radio – I don’t have a battery powered radio.    All of her suggestions just reminded me how lame my apartment is.    It was a noble effort on her part, but it really wasn’t too helpful.

The power finally came back on at 10:30.   I got to see a little Sex and the City before I went back to sleep, but alas, they were done rerunning P.R., so hopefully I’ll be able to catch the end later.

Overall, I would say last night was very lame.

According to BBC News, Jermaine has been saying that the family band, including Michael, is planning a tour for 2008.

Would you go?   How much would you be willing to fork over for a ticket?

I’m not sure what I think. 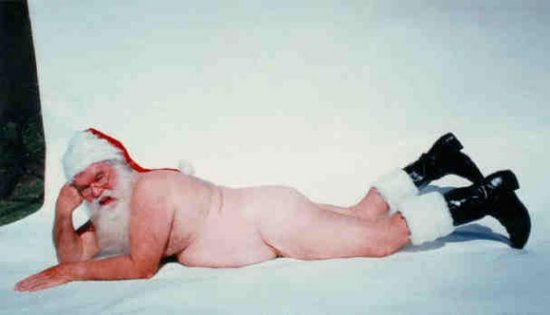 I just got the weekly newsletter from the Red Devil Lounge, announcing that Black 47 is booked.  Unfortunately, the gig isn’t until March, but tickets go on sale this weekend.

Black 47 is a political Irish-American band from New York that I have loved since the nineties.   I have even read the singer’s memoir, “Green Suede Shoes”.

The thing is, I’ve never actually seen them live.   I had intended to go out to New York a day early for my business trip so that I could catch their weekly gig, until I found out how expensive a hotel room in Manhattan could be on a Saturday night.    I had every intention of going to see them last time they were in SF, but no one was interested in going with me, and so I caved and went to Pier 23 instead.

This time I’m going.   Even if I have to go alone.

When I was in England this last spring, visiting with family and spending a few days in London, the greatest thing I discovered was their jacket potatoes.   This is popular pub faire.   It’s a baked potato stuffed with something.   The thing that makes it unusual, to American standards, is what they stuff it with.   This isn’t your butter, sour cream, cheese, bacon bits, and chives potato that you would come across at a steakhouse.   In the pubs we visited, they stuffed their spuds with things like beans, coleslaw, and tuna salad (which they just call tuna and mayonnaise and has sweetcorn).    I just loved them.

So, I’ve made a few jacket potatoes since I’ve been back.     The other night, I made one for dinner, and had enough left over to bring for lunch today.   The thing is, I’m trying to take the pesco out of of my pesco-vegetarianism, so I wasn’t down for the tuna and the coleslaw isn’t quite the same here as it is in England.    I decided to try to add something from the other side of my family to this Brit dish.   The other side of my family are Okies from Bakersfield.   There’s this salad that one of the aunties used to make that is essentially like potato salad, only substitute sweet peas for the potatoes.   It’s scrumptious.

So, the Okie-fied Vegetarian Brit is having a Sweet Pea Salad Jacket Potato.

Every night at the new place, The Rock, I sleep a little better. I’m still freaking tired, though, and I am considering taking a nap under my desk. Just a little one. Just a 20 minute power nap.

Things at The Rock are coming along. Last night I enlisted J4 (he lifts heavy things) to come with me to Tar-jay. I managed to pick up an essential item off of The List. I got a serious shelf unit that’s going to serve as my pantry. The kitchen at The Rock is minuscule, to say the least. There’s just one cupboard. I need more space than that, especially as I am planning to be eating in a lot more. Saving money on food is good, ’cause then I can still go out sometimes. (Out? What’s that?)

Anyway, the shelf was supposed to be on sale for $29.99, but unbeknownst to me, only the black was on sale. Not seeing the black on the shelf, but seeing a chrome one, I figured it made no difference. I was a little bit unnerved when it rang up at $59.99 at the register. So, I brought up the difference, the checker called the manager over, determined that it was the wrong one, found someone who confirmed that they had the right one, did I want it?, yes I did, running to go get the right one out of the back. You can see how this quick little run over to Target quickly devolved into chaos. Well, to my joyous surprise, when the correct shelf was finally brought up to the register, the store manager rang me up, and took an additional 10% off. I saved an additional three dollars! Hooray Target!

The move is complete, and the settling in has begun. Every time I’ve moved (4 times in the last 2.5 years), I’ve purged. That’s what everyone always tells you to do. “Moving is a great opportunity to get rid of stuff!” I don’t know whether I really did it because I thought it was smart or because I was just too damn lazy to move all my stuff, but each time I’ve moved, I’ve gotten rid of a lot of stuff. I lived in the same apartment for almost seven years. I had a lot of stuff accumulated. I moved from there to a roommate situation where there was a full kitchen of stuff, to another situation with even more stuff, and then to another situation with still more stuff. Everyone else already had the stuff, so I got rid of mine. Problem is, now that I live alone, I don’t have any stuff.

That’s not exactly accurate. I have plenty of books. But I can’t bake a casserole in a book!

Between the stuff I don’t have, and the particular storage challenges of The Rock, I’ve started compiling a list. Up to this point, the list has existed on a Napoleon Dynamite magnet note pad on my fridge. This afternoon, I started hunting down items from the list on Amazon, and adding them to a special wish list. I don’t have any intention of going out and buying all this stuff new, except where certain size requirements would make it easier to do so. I’m just using Amazon as an electronic means to track my needs. If anyone wanted to get me something for my apartment, I suppose they could track down the wish list, and have it shipped to me. Better yet, though, if any of my friends out there have some of this stuff lying around, and they’ve been meaning to get rid of it . . .

So, you know, if you’re reading this, and you have something you’d like to donate, please shoot me an email.

Friday night, I got the keys for my new apartment, affectionately known as The Rock. The Rock is a studio apartment. Here’s the first shot of it from the doorway:

And the reverse angle:

Saturday was the big move day. J4, Dub, Jimmy, Ruth, Cat, and Kevin pitched in to help me get it done. With two pickups, an SUV, and two cars, we did it in under two hours. It was the least stressful moving experience of my life.

Here’s what it looks like with all the boxes:

Then my new bed was delivered yesterday evening by Mancini’s Sleep World:

I set up my fountain to help me get some zzzzzzzzzzzzz:

This morning, Comcast came to hook up the cable and internet:

And I got some things set up in the kitchen:

But I still have a long way to go. So many boxes, so little motivation.

I’ve been pretty lonely off and on all day. But at least I was able to pick up some Cheerios earlier. Who can be depressed with Cheerios?

Today is the day.  I’m very nervous/stressed/unhappy.   I want this to be over.  Anyway, this is the last email check before I break down the computer.      Catch you guys on the flip side!